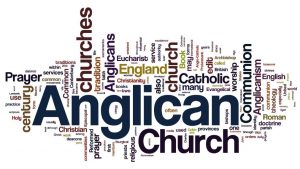 Basically, when the Anglican Catholic Church broke from Roman’s Catholicism, they took an independent path from the Roman Catholics. Part of critical elements that formed them was a desire to distinguish themselves from Roman Catholics, and some other forces within England at the time.

At first glance, I would say that it is pretty accurate to say that Anglicans are “warmed over Catholicism”, because they paralleled Roman Catholicism within England, and they also had their formation and roots within Roman Catholicism. But having read many Anglican works over the years of my studies, I must qualify that statement. The best I can figure out is that “somebody” (probably a desire or movement not visibly recognized) in the early years of Anglicanism wanted to criticize Roman Catholicism (to justify their departure from Catholicism). This is different from the Protestant Reformation in that the issue was not first and foremost doctrinal and then other issues were gathered up in the movement (such as political authority and control).

In the Anglican version of their “Reformation” or break with Catholicism, the issue was political first (the Pope telling the King of England he couldn’t remarry), and then in that movement, doctrine and erroneous practice were caught up as part of it later.

Apparently many Anglican ministers had already seen errors and problems in Catholic doctrine and practice, but they were not about to risk their lives like Martin Luther. But once separated from Roman Catholicism, they pounced on these errors with vigor.

Some of the Anglican authors truly seem to have a grasp of salvation and issues in Christianity. Again we must judge salvation individually, and not by generalization, and basically, some of these men appear to have a lot of understanding of salvation, and some are excellent works on Bible topics.

An example of these priests was John Paul Newman, who eventually rejoined the Catholic Church and was beautified by the Pope at that time. What this should point up is the fact that even at that time, the two religions were not all that distinct in philosophy nor doctrine and practice.

The Anglicans believe that babies of their members should be baptized shortly after birth, and this being baptized (by them) would grant them a temporary salvation. I say “temporary” because they like Roman Catholics would propose that somehow they are saved if they die, but on gaining an age of adulthood (13 years old?) they would need “confirmation”, and a catechism class would be necessary with that confirmation. Salvation by faith would appear to be at this confirmation, but they will clearly declare their baptized children who die to be saved because of that baptism.

The Anglicans follow all the errors of the Catholics on this one. Their system is basically parallel and very similar to the Roman Catholics. They believe in a centralized earthly government of all churches under their authoritative umbrella, and they will refuse the independent nature of local churches, and minimize the importance of a pastor of a local church because he is on the bottom of their religious pyramid, and local ministers are basically unimportant in the grander scheme of things.

A General Lack of Separation.

I am a Fundamental Baptist independent, so “separation” is a big issue with me. But I understand that not everybody thinks the same as I do, and moreover, people in general, and religious ministers in specific do not think the way we do today.

None-the-less, I see a great issue with the Anglican church in that apparently they saw clearly great doctrinal issues which were breaches between them and the Catholics, and they did not bring these issues to a movement status like the Reformers did. Some of these Anglican theologians wrote very decently, detailed, and biblical attacks against Roman Catholics (even John Paul Newman has tracts that are basically right in their attack against Catholicism).

I can understand when the error is not great, and uneducated people cannot see the issues. Perhaps before God, God would take that into account, although there is no excuse via ignorance. But these times were times when not everybody had the ability to read, and the reason was also in short supply, and Bibles to study were also just coming on the scene.

But the refusal to risk their welfare to confront error is basically a primal requirement of a pastor (he risks his own life to defend his charge of the sheep). That is a grave deficit in their history. The present day acceptance of their “Catholic” system is also a continuation of their faults and downfallings.

This is a general malady among Christianity, but we must denounce it where we find it.

Personally, I read Anglican books with interest. Some of them are very good in what they say. As with any book, you must understand that author’s religious and theological background, and always be on guard for where their group errs on issues.

There are some excellent works by Anglicans, always if you watch out for their particular errors.