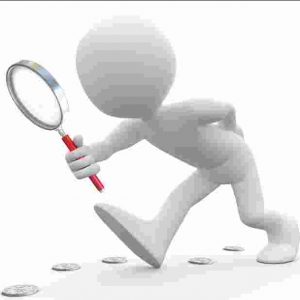 Detecting Emergent Churches. First of all, you need to be very clear that the Emergent Church is an attack on Christianity, but they are within Christianity. They identify themselves as “men of God” when they make their attacks. So because your pastor or ministers in your church claim to be what you expect them to be (men of God), this is nothing new. But if their drift and movement is towards this God denying movement, it can be identified before you are dragged into completely. Always remember, stand true for God, and refuse heresy and error, and run from it. Do not play with it.

The main idea of the Emergent church is that Christianity has “gotten stale”, and it no longer works. Actually this concept attacks very God, that what He has created no longer works, and God needs to set aside that old thing, and He needs to let man create or reinvent church, salvation, authority, etc. So the Emergent Church is about reinventing Christianity as man (these men) think or deem best. We need to Detecting Emergent Churches. This is a common preaching theme in these churches. The old and traditional is broke, and we need a new church, a new Christianity entirely for our day and age. They promote that we need to break with this “old model” of Christianity, and change it into something more contextually correct for our day and age. This throws into the face of the genuis of God, because the church and its form is attributed to the genius of God, and nobody nor anything can be better than what God has created.

“a dumbing down of Christianity that paves the way for an apostasy that will only intensify in the future. This trend away from the authority of God’s Word to the reinvented form of Christianity has overcome all evangelical denominations like an avalance. Few Bible teachers saw this avalanche coming. Now that it is underway, few realize it has even happened.” —Roger Oakland

What is their true Authority Base?

Detecting Emergent Churches. The Emergent Church movement moves its people slowly off of the Bible, Scripture as their sole authority. This comes slowly and without note usually.

Let me give you some ways this is happening: (1) Popular “country” preaching. What this is is simply jokes, illustrations, tales, and other things “to move you”. Biblical preaching is reading the actual words of God from Scripture, and then explaining and applying them so as to cause moral change within a person. These people will do that sometimes also. But the taletell sign is that what really “moves” people is emotionalism, not “thus saith the Lord”. They use Scripture as an introduction, but the “best” parts of their sermon is always personal experience, personal opinion, and emotional elements that are not taken from Scripture, but other non-inspired sources.

(2) A convoluted sense of spirituality. This tactic is to “redefine” what is “spiritual”. Spirituality is to follow the moral pattern of Jesus Christ. This is what the Holy Spirit will produce within a person if he has free control of your life. The effective sign of the Holy Spirit (spiritualness) is to stop sinning, and start doing justice, righteousness, and to dedicate yourself to doing the will and work of God. Again emotional imagery is used in visual presentations to “move you”. In some churches, there are emotional “praise worship” times in which again “we are moved”. Rather than changing our lives (actual practice) because God has spoken to us through his word (Scripture), emotion moves us to live differently. Try this on for size, I live differently than I did before because I love Jesus and want to please him by doing the will of God. Jesus gave himself for us, but yet in all this moving that these people want us to do, there is no dedication to God’s work like Jesus showed us. There is feely good emotions which is supposed to be “spirituality”.

(3) Their authority is Scripture PLUS something else. Typical of these people is that they will always want to be accepted as sound, so they pledge their allegiance to Scripture, but the persaying points of their sermons and teachings are always focused on something (another thing that persuades) rather than the Bible Scripture.

Perhaps the most important question to ask is about the authority of the Scriptures. In your church, is the Bible held in utmost regard by those in leadership? Is the inerrancy of the Bible preached faithfully? Is there a complete and unapologetic dependence on God’s Word by those in leadership? The growth of liberalism and Emergent ideas is directly proportionate to the value placed on the Scriptures by individuals and church leaders. Without an unwavering accountability to the Word of God, every individual Christian, as well as every local church and national denomination, will soon find themselves in jeopardy. Barger

Truly, this is not about quoting or citing Scripture verses in a sermon. These people do this when it suits them. It is about making moral change within the life of the congregation using Scripture to convict and convince the congregation of this moral change. As I visit dozens and dozens of churches as a missionary looking for financial support, I have heard many sermons. Many a time I will find a church on the Internet, and I will pick a sermon and listen to it. The clear exposition of Bible as the major force to effect moral change in people is what is missing from so many. Some have great sermons, a pep rally on how to live better and solve your problems. But true understanding of scriptural principles is no where to be found in these preachers. They never grasp what is wrong in man, nor how God has remedied it. From there they “solve” these people’s problems, but not with scriptural principles. They twist and turn sometimes, taking “some” scriptural principle out of context, and misapplying to what they are talking about, and try to make an application.

But in general, there is no real moral change suggested in their preaching. Moreover, anything that comes close, they never explain pertinent Scriptures about the issue, and almost always there is a lack of forceful application. This kind of preaching leaves people dry, thirsty, and wanting something, but nothing comes to fulfill the need. We must concentrate on detecting Emergent Churches.

John 7:38 He that believeth on me, as the scripture hath said, out of his belly shall flow rivers of living water.

When a person has the right relationship with Jesus Christ, Christ will fill that void within with something that satisfies. This is the peace of God that fills a person’s soul and makes him joyful. The Emergent Church doesn’t know what this is.

2Tim 4:3 For the time will come when they will not endure sound doctrine; but after their own lusts shall they heap to themselves teachers, having itching ears;

But instead, when the heresies abound at the end of our age, people will thirst, but will not be filled. They will desire, and they will heap to themselves preachers that will scratch their ears, but not satisfy the spiritual needs of their soul.

The problem is that we are not Detecting Emergent Churches and identifying them as heresy.

Images and Sensual Experiences are the New Authority Source

In “the old Christianity” of the Bible, our authority is “thus saith the Lord”. From Scripture, we read it verbally, understand it, have it explained and applied practically to our lives. THIS IS REAL WORSHIP! In the new wave rolling over Christianity that is set aside completely, and now what they want to ascert as our authority is simply what we experience, or what impresses us emotionally. Sensual images and auditory experiences become “inspired” in place of the Word of God. So this is highly subjective, so that while one thing becomes inspiration for one person, another person sitting beside them may not affect them at all, and it is not inspirational for that person.

Concepts like “ancient-future” or “vintage Christianity” are promoted. By this, they look back in history to see what emotional events happened, and then focus on them. So again, even using scriptural events, the emphasis is more on the emotional than the cold, hard facts of the Word of God. There is an undermining of the commandments and prohibitions for an emotional experience with God, where we know God by WHAT WE THINK GOD IS, and not what God says he is by his Word.

What impresses people (what is popular and desired) is seen as having a certain authority better than what God has said. Thus if homosexuality is embraced by the general population, Christianity shouldn’t condemn it as wrong, and it should actually promote homosexual Christians (although according to the Bible that is impossible, only ex-homosexual Christians are possible).

Evangelism is replaced by the Social Gospel

Evangelism according to the Bible is to present the goods news (gospel) to the unsaved, stressing their sin (hopeless situation), and encouraging them to believe or have faith in God, and receive Jesus Christ as their personal Savour. Part of this is accepting the authority of God’s Word, Scripture or the Bible, and also repentance and abandonment of sin.

For the Emergent Church, all of this is replaced by “Church Growth” by the “social good deeds” of the church members. There is no focus on people converting from being unsaved to saved, salvation, and even they attack that whole concept as being incorrect.

Ecumenicalism and No Doctrinal Declarations are their Theological Position

Within the morass of mess they have created, they affirm strongly that we cannot know anything for certain, especially from Scripture. Having started off with this position, they then go forward to make dozens of theological statements that come not from the Bible, but from their own understanding and authority. Truly the issue is that they are humanists that exalt their (man’s) own opinion over the authority of the Word of God. They make no defense for doing this, they just “assert and run with it.” We must concentrate on Detecting Emergent Churches.

They come to an enlightened position where they declare that we have no doctrines and no doctrinal positions. Doctrinal statements and creeds are old world Christianity that they have abandoned and they proclaim them as evil and divisie. The new concept is unity, and therefore since doctrine divides, it becomes the evil rather than incorrect doctrine of heretics. We are exhorted to accept all doctrinal heretics (what we considered them before) to be our brothers, and we should give up all of our doctrinal positions and accept these heretical positions, or better yet, reject anything looking like a doctrinal position.

There is a very heavy cooperation and acceptance of other doctrinal positions and groups. That is everybody except biblical Christians who are separated or Fundamental. These are seen as the worse people ever. They propose that unless we all bow before this goal of world peace and unity, the end of the world is near. Those who remain pure to God are the vilest of villians. The bottom line is that they say all religions eventually lead their followers to God and salvation and heaven, and it is wrong to say there is only one way to heaven. If this is so, they then condemn those who fight against false religions like biblical preachers and missionaries.

While the mindset is to embrace all religions as equally valid no matter how wacky they are, when it comes to people who simply won’t embrace this garbage, they are reprimanded strongly and asked to leave the church.

This entry was posted in Emergent Church. Bookmark the permalink.