The Calvinist lie of Total Depravity

One of the pillars of Calvinism is t 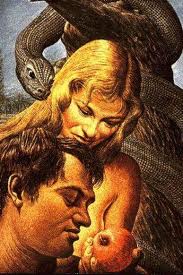 he doctrinal of Total Depravity. The doctrine is stated simply as man is totally depraved or evil, and there is no good in him. From Wikipedia.org they define “


Total depravity (also called absolute inability, radical corruption, or total corruption) is a theological doctrine derived from the Augustinian concept of original sin. It is the teaching that, as a consequence of the Fall of Man, every person born into the world is enslaved to the service of sin and, apart from the efficacious or prevenient grace of God, is utterly unable to choose to follow God, refrain from evil, or accept the gift of salvation as it is offered.

” There are two things here we need to deal with first off, which are the direct meaning of total depravity, and the misdirection of Calvinists as to the term and concept of “Total Depravity”.

The Direct Meaning of Total Depravity

The term in itself and as used by most Calvinists means that there is no good within man. He is totally bad, evil, sinful. Note that the addition of “Total” drives this concept to the extreme. Man is extremely bad, evil, sinful. But is this true? Let’s make a comparison to a prison with prisoners. There are some that are thieves, some murderers, and some child molesters. But who is the totally worst of them all? It would be a misnomer or misconception to say that ALL OF THEM are the worst that they can be, they are TOTALLY DEPRAVED. The bottom line is that there are some really sinful people in the world, say like Hitler, and every single man and woman ever that has lived is not extremely sinful like the most notable of these examples.  The concept that every man and woman is pushed to the extreme of sin is not right, is not biblical. Some people can pass as being decent, and that even people that are not saved. So the concept as the Calvinist’s define and use it is vague and generates false and wrong (unbiblical) ideas in people’s heads.

The Calvinist Misdirection of “Total Depravity”

But even Calvinists don’t want to go to defining Total Depravity as each individual is committing every sin that there is. That would truly be the entire human race is totally depraved. What the Calvinist does frequently is called “bait and switch”. They use one concept to introduce something and then switch things around later on to suit them. They constantly do this with Bible verses, using verses that teach one thing, and then moving the conclusion to something that the Bible didn’t say. If you reread the definition by Augustine above, you will see where say the doctrine is about “depravity” but quickly move it into inability. Indeed many Calvinists today correctly redefine this foundational pillar of Calvinism as Total Inability. This doctrine is different. It professes that man (any and all men) cannot do anything of any value before God, or do anything to please God in any way. So they start off talking about all men are sinners pushing the concept to say all men are the extreme sinful that any man can be, and they “prove” that by using Bible verses that say that men are sinners (a true statement of Scripture), and then they reinterpret that conclusion to mean that all men are incapable of doing anything to please God.

What does the Bible truly teach?

Gen 6:5  And GOD saw that the wickedness of man was great in the earth, and that every imagination of the thoughts of his heart was only evil continually.

What does this verse teach? It says that man is evil and wicked, and that this wickedness “was great”. The Bible does not go beyond nor fall short on doctrine. Man’s sinfulness is great, and even that we would note is before the flood, and because of that degree of “greatly sinful” God judged the world with water. This judgment apparently is not happening today, so we would assume that although man’s sin is great before God, perhaps the degree today is not that of what was in Noah’s day.

Here is the crux of the issue. As far as earning or deserving heaven because of one’s “goodness”, no person has that goodness that would be a basis wherewith he would pressure God to let him into heaven. In the context of salvation, we must “buy it”, and we have nothing with which to buy it. We are broke. This is the center of Scripture’s teaching. This is a far reach from all men are totally depraved and incapable of doing anything to please God. For example, read the context of the statement of Noah’s situation.

Gen 6:8 But Noah found grace in the eyes of the LORD. 9 These are the generations of Noah: Noah was a just man and perfect in his generations, and Noah walked with God.

To say that all men are completely incapable or unable of pleasing God is just a lie. Obviously Noah did please God and that conduct of his life “living just and perfect and walking with God” was the basis upon which Noah received grace. This does not contradict the above statement that as in reference to getting saved, man has nothing good in him. We are not talking about spiritual salvation of Noah’s soul, but rather physical salvation from God’s judgment on the sin of the world around him. What the phraseology of Genesis 6:9 suggests is that Noah’s relationship with God (he had one, and it was good) was founded on his desire and completion of a godly lifestyle. Was Noah a sinner? Yes. (Rom 3:10-12). Was Noah totally depraved and wicked as he possibly could be, no. What was the truth about the life of Noah? Because of how Noah lived his life, God showed him grace and mercy. Not that this justice and perfectness in Noah’s life is attributed to him, not to God. Noah participated and pressed himself after God (“walked with God”) and this rendered to him God’s grace. This is the truth of Scripture that Calvinism seeking to destroy.

Calvinists change “grace” from undeserved or unmerited favor, to mean election. While Grace cannot be “forced” from God’s hand, it can be procured by obeying and pleasing God in doing his will with all your heart.

There are people in the Bible that pleased God by their conduct. According to Calvinists, nothing anybody has ever done has ever pleased God. This idea that a person cannot please God is false. While a person may please God, that doesn’t generate merit for that person to be saved. We are not saved by good works, but by the precious blood of Jesus.

This entry was posted in Calvinism and tagged gads. Bookmark the permalink.