What is their methodology? 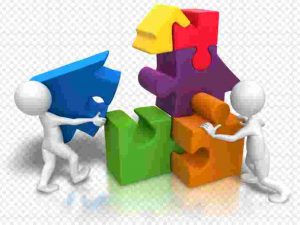 God has set our methodology in concrete. We are to preach the gospel, which is to declare man’s sinfulness (which causes a bad feeling in people who are unsaved and saved), and then to declare God’s love in that God sent his Son Jesus to the cross to die for our sins. He died for us taking on himself our sins, and in his resurrection, his offering for our sins is shown as being accepted because God the Father, God the Son, and God the Holy Spirit resurrected Jesus.

The Emergent Church says that we need to change all that, and everything else about “doing church” as they call it, and make a new form rather than that which God has given us. Inherent in this, they condemn the old ways that God has given us as unacceptable for today, and that we need to redo them. Again they show authority from themselves while rejecting the authority of God. Their declaration that “church as we have been traditionly doing it doesn’t work”. Why does it work? It doesn’t work for them because they have been doing the traditional way without faith, and without real love and obedience to God, so it won’t work under those conditions.

An experiential mystical form of Christianity begins to be promoted as a method to reach the postmodern generation. Roger Oakland

“It concerns how we should relate to the world around us; how we make the gospel culturally relevant…” (pg 15) Rapture Ready

The Emergent Church emphasizes that we must make church relevant. Why is our churches now not relevant?

relevant – bearing upon or connected with the matter in hand;pertinent: dictionary.com

“Relevant” means being pertinent. Our faith must interact with our daily life. This is what a good church does. Good preaching will confront sin, and eradicate it out of that person’s life in imitation of Christ’s life. There is a removal and something righteous put back in its place. What is irrelevant is sitting around before an icon, chanting, smelling incense, and moving back and forth. That is irrelevant, but that is what the Emergent Churches go to eventually. Rather than interaction with God’s Word and you personal life (which is very much “at hand”) the Emergent Church hates that relevancy, and gives us things that are really irrelevant.

What is the most important thing for us as Christians? If we have 5 minutes with a dying man, what should we communicate and leave with him before he leaves this world? Isn’t it the gospel that will carry him into eternity and into heaven? Why is the Emergent Church so dead set on devaluing and smearing and erasing into oblivion this gospel?

The point here is that we must reach this new generation. Reaching them is undefined really, because they disavow salvation altogether (see my future post in this series about the Emergent Church and its Soteriology). To reach them is to get them into their own Emergent Church movement, not to get them saved.

Their methodology to do this is to first “fuzzy up the Bible” (they say nothing is certain in the Bible, and you cannot make anything like a doctrinal deduction or conclusion from anything based in the Bible). Next they make a great play for mysticism, as though a fuzzy mystical experience is a good swap for a sure word of God. It is not. The Word of God is always better than a feeling.

Besides dosing much condemnation on how the old traditional methods associated with “the traditional church” have failed us, they propose new methods based in false religions that the Bible clearly condemns. One thing they never seem to explain very well is why the old concept of “church” failed. It has not. In any instance where they say it has failed, it was not the concept of church that failed, but the men that tried to implement it outside of the clear instructions of God was the reason for its failure.

When churches move off of the biblical Gospel of the NT, then they fail. When preachers fail to rebuke sin and preach righteousness, focusing on condemning sin as God defines it, and seeking repentance and abandonment of those sins, then they fail. But the form or methodology of “church” as God has given it has never failed and never will fail. But this is the point, they are throwing the baby out with the bathwater. They are abandoning the good and true because somebody perverted it. Then they go about to pervert it even more.

The Christianity that God gave us in the New Testament is confrontational. It begins with man’s sin as being horrid in God’s eyes, and God’s wrath falling on those who sin. The basis for this is that God has a “right way” and “right doctrine”, and man has many “wrong ways” and “wrong doctrines and practices”. At the heart of the Bible is the divine condemnation of the wrong way, and the commanding to the right way.

One of the rare things about this shift or new methodology is that they attack symbols and truths (doctrines) associated with truth. For example, the preacher wearing a suit coat and a tie, nice apparel that shows his reverence for what he is doing. In the Emergent Church you will see their preachers with blue jeans and t-shirts. Why? Because they want to cause sacrilious scandal towards all that preach. The pulpit itself is done away with, because that is the symbol of divine authority for that preacher to speak to that church. It is either done away with altogether, or it is made out of plastic or glass so that it is transparent and “not there any more”.

The hymns, organ and piano are also attacked, and now these things have been replaced by a band, worldly music, and instead of a male song leader, women or multiple pep style leaders that are almost always made up of women. The Bible is especially missing from the entire service.

The spirit and truth that Jesus was referring to has to do with the truth found in Scripture, and when that is really removed, reduced, or not emphasized, not found as a priority (rythme, music, and emotion takes the center focus) then there is no spiritual worship, because truth has been removed from worship.

Does praise music focus on God and his Word? Or does it focus on a feeling, emotion, and the music? When you turn up the volume, and diminish the speaking of the truth filled words (using vain repetition instead), then there is no communication of truth, and their is no worship nor praise in any of that.

Churches that are afraid or embarrassed of the Gospel and God’s way are already in the hands of the Emergent Church.

There were mystical groups before the New Testament, most notably were the Mystery Religions in Corinth and surrounding areas. But although these groups exalted the mystical super-natural experiences that they had via drugs and such, God’s people never “went that way.” Paul rebuked the Corinthian’s playing with the mystical model. Mystical experiences did not exalt one above another. Paul had such experiences but never held those out for others to imitate, nor did he see that as a reason why his views were important. He garnished his authority from Jesus Christ, and the doctrine approved from the Apostles and through the church in Jerusalem.

Within this reinvention of the church, not as Christ and the apostles gave us traditional Christianity, but as they are reinventing things, the Emergent Church also redefines traditional worship. They will try to take away a traditional sermon, classical hymns, offerings, special music sung to God’s glory, and in its place, they present dramas, “talks” (nothing confrontational or that could be seen as promoting repentance), and other silly things that have never been in traditional Christianity.

For example, they will put icons, candles, incense, liturgy (readings), prayer stations, and other instruments to “help” the people worship. They promote mystical meditation and worship before icons and images. They want to substitute hearing the Scripture and obeying it with visual and auditory effects that are supposed to be “more spiritual” and leave a deeper impact on us. Typically Christmas has been their entry point, using a lot of dramas, images, etc. that normally are rejected, but because it is “Christmas” it is accepted.

Is Contemplative Prayer/Spirituality being introduced and practiced? Is there talk of “Spiritual Formation,” centering prayer and something called “lectio divina” which, in a nutshell, is leading Evangelicals directly into the mystical and sometimes occult-based practices of the Roman Church? Have you heard the term “labyrinth”? (An usually intricate maze to meditate in, with basis in Greek, Egyptian and Cretan Mythology and used in Tantric Buddhism.) Mystics contend that utilizing a labyrinth will supposedly bring a relaxed mental attitude and end the search for life’s meaning! In reality, this road leads to New Age mysticism and even the occult, as does the popular Emergent practice of Yoga.  Barger

What really amazes me is how quickly these people can dismiss without reason any practice, belief, or anything related to true biblical Christianity, and yet they so quickly pick up the same kind of thing from false religions to introduce them again into their “new Christianity” that is different from the “old Christianity”.

These new forms of worship and praise replace the old biblical forms. I need to insert very forcefully here, that the old forms were never about raising your hands, moving from side to side, chanting, moaning, or in any other way “feeling” God. Biblical worship and praise BOTH are centered on a logic activity which reaches the soul. People hear the Words of God, and after that, they consider them. Worship is knowing God by scriptural declarations about his essence, and praise is knowing God by scriptural declarations of exact acts that he has done, and thanking him for them. These are first logical acts, which when spiritually applied to one’s concept of God, become spiritual activities.

Is there a new, uncanny identification with saving planet Earth? Has environmentalism become common pulpit rhetoric? (Emergent author, Brian McLaren contends that it is Earth – and not unregenerate humans – that Christ came to save.) Barger

To save earth, the planet and not the people, is based in Druid philosophy, and mother earth was a different religion altogether from Christianity. These mother earth principles are exactly what modern witches (Wiccians) use in their religion, which is anything but Christian. But then again, we are seeing a repeating pattern here for the Emergent Church. They do everything possible that can do to get us off biblical Christianity and into any other kind of false religion.

This entry was posted in Emergent Church and tagged gads. Bookmark the permalink.