abusive leaders
Commentary by David Cox on the Post at

I. Leader positions himself as sole authority 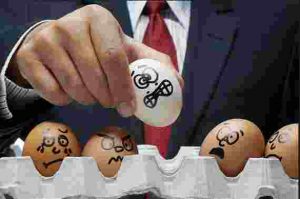 Look at how they do what they do, and with what do they convince their people to believe and act. This is the essence of the matter. First of all, where does the authority come from to approve one thing and disapprove another? Is it from clear and unconfused exposition of Scripture? Does it make sense? Is it what Jesus would do?

Next see if they use even the Bible’s authority as a club to maneuver others. Are they hypocritical in applying Scriptures (usually heavily) to others and lightly to themselves.

My experience comes to bear on this one, sorry. It was extremely important when I found out that Alcoholics Anonymous makes new recruits write out every sin they ever did. Likewise the cultic group in Columbia using cell groups of 12 members (Castellanos G12) likewise do the same. Scientology also has an unending series of confession sessions. The Catholic confession to a priest is also well-known and established.

The answer lies in this, whomever handles your confession has control over your life. You have “bared your chest” so now what to do? If you don’t obey them, they will out you and discover your secrets to your family, friends, coworkers. There is a implicit dominion-slave relationship established when two people begin a confesser and priest relationship.

When you confess “YOUR WRONG DOING” to somebody, they have control over your life in a way because now they can expose you, but more than just the threat of public shame there is a submission in confessing. This is why the Bible is so strict on NOT CONFESSING TO RELIGIOUS GURUS!

For most sins, you only need to confess to God. For those that you hurt some other person, you and that person. In a rare occasion (bookkeeper or usher stealing money from the church offering), there needs to be a public confession when the people injured need to know what happened.

Another element of establishing a dominion-slave relationship is that of playing favorites. Here the idea is simply exalting those who abase themselves the most before you. The idea of a good leadership is to commend good work to the Lord. The idea of a bad leader is to maintain control over everybody, so the person commended is not necessary that he has done anything great for the Lord, just that he has obeyed the pastor.

Elijah had this complex and all leaders at times feel the pain of taking a stand and laboring more or less alone. The issue here is that they done use it for promoting their particular church, or themselves. We are not alone, although we are a remanent. A remanent means that we are a very small piece of what is a large thing. The remanent idea is that the whole of religion has gone wrong, and only a few of us remain faithful to the Lord. We must not follow the leaders of the world, but set our own course by following the compass of the Bible.

There is a “me against the world” attitude that many abusive pastors use to drive their people to extremism. Remember that Elijah got this, and the Lord had to teach him not to let this “get to him”. God has his soldiers, and a lot of them.

Being a good church someplace else in no way threatens me at all.

There is a “our own people are the only ones we trust”. This is difficult to discern, because many times somebody else that wants in is a bad person. We need to respect that God can have other people out there doing as good a job as we do, or better.

This point goes with the above point about confession. This is a manipulation tool, and when people are put out to public shame, we should ask ourselves, did Christ chastise the woman taken in adultery when the Jews wanted her shamed (and killed) publicly? No. He had compassion. The rule I follow is false prophets that show no repentance, remorse or change should be publicly rebuked, and their doctrine carefully dismantled by correct exposition of Scripture. People who sin and have repenance, abandonment, and most important, remorse over their sins should be helped in every way we can, and especially go lightly or avoid public shaming.

VII. Use of Guilt for obedience

This is a common instrument for abusive leaders. They want people to feel guilty when they really have no reason to. Your mom says, “Eat your peas because there are starving children in India that would give anything to have a plate full of peas.” This is wrong. The mom should say, “I am the authority here, and I say eat your peas or I will punish you.”

Why do people use guilt? It is because they are shy on their conscience. Rather than just doing right, they try to ruin the other person’s relationship with God in getting something out of them. “You bought a new car? How could you do that when the church needs a new car for their pastor? You should have given that money to the church.”

You really need to reread the ten commands passage, and understand that the illegitimate craving of what is not yours is at the bottom of some of these commandments. To work hard and buy your own car is the way to go. Don’t guilt others into giving you what you are too lazy to earn for your own self.

This entry was posted in Abusive Churches and tagged abusive leaders. Bookmark the permalink.