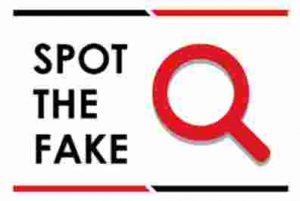 WHEREAS, the South Carolina Baptist Fellowship, since its inception, has stood for and sounded forth a solid platform on fundamentalism and separation; and,
WHEREAS, we have cried out against the leaven of apostasy that has been at work in churches, colleges, and seminaries to the extent that many who were once considered fundamental have departed from the Faith once delivered to the saints; and,
WHEREAS, there are great pressures on local, state, national, and international levels to bring Biblical fundamental Bible believers into cooperative efforts with those who reject the fundamentals of the faith; and,
WHEREAS, we oppose all efforts to dilute true believers with false believers by such movements as Psuedo/Neo-Fundamentalists; and
WHEREAS, we define Biblical Fundamentalism as the following:

and, WHEREAS, we define Pseudo/Neo-Fundamental ism as the following:

a. One who claims to be fundamental and associates with the fundamentalist while at the same time shares the platform of neo-evangelical groups, thus incurring identification with them.
b. One who professes to believe in separation, but preaches in liberalconnected churches without any witness against the support of evil.
c. One who emphasizes numbers above faithfulness, using carnal means, such as “clowns” etc., to accomplish such. This obsession with bigness gives the erroneous belief that the end justifies
the means. He equates numbers as an evidence of revival, and bigness as a sign of success, along with a substitution of worldly means to get results instead of prayer.
d. One who has an unscriptural belief in national conversion, shifting more to mass profession rather than individual conversion by repentance and faith in our Lord Jesus Christ.
e. One who popularizes the pulpit and the Christian witness by use of popular celebrities to draw a crowd irrespective of whether they are neo-evangelical, liberal connected, or of an un-orthodox group.
f. One who adapts mod-tunes and worldly music to the Gospel.
g. One who pursues the idea of the “Super-church” to the point of destroying smaller fundamental works, and substituting a “Radio or TV” fellowship for a local fundamental church, thus nullifying the responsibility of faithfulness to that local fundamental church.
h. One who is unwilling to be bound by Scriptural limitations by saving, “Whatever will get a crowd, I will do it,” or “I’ll do as I please.”
i. One who is always critical of those who insist on true fundamentalism by claiming the Biblical Fundamentalist is “nit-picking” and “devisive” among the brethren.

BE IT THEREFORE RESOLVED
that the South Carolina Baptist Fellowship, meeting this 9th day of January, 1978, at the Temple Baptist Church, Anderson, South Carolina, go on record as opposed to any connection or fellowship with any form of compromise including Psuedo/ Neo-Fundamentalism and raise our banner high for the cause of Biblical Fundamentalism.
Adopted without dessent this 9th day of January, 1978.

This entry was posted in True Christianity. Bookmark the permalink.